David fell in love with creating ‘homes for fish’ after he built his first reef in 1991 in Saudi. In 1997 he became the Australasian contractor for the US ‘Reef Ball’ system which is the artificial reef unit used to construct six rec fishing reefs in Port Phillip.
David has designed and built reefs for commercial fisheries enhancement, rec fishing, mitigation of developments such as desalination plants, ports, shoreline protection (living breakwaters) and diving attractions. He has worked around the world, including Australia, PNG, Fiji, Bali, Maldives, Mauritius, Saudi Arabia, Bahrain, UAE, Oman, Antigua, and Cyprus.
Through his consultancy Sustainable Oceans International he has pioneered the design of reef units for coral planting. His focus is on designing better reefs, especially ones that are natural in form and function, and aesthetically pleasing.
David started his career as a commercial diver then completed a BSc in Oceanographic Technology and then a MSc in Environmental Management.
David will talk about:
• Understanding artificial reefs and their similarities to human cities.
• Examples of reef units he has designed and their key features.
• How corals can be moved and saved from development
• The role of artificial reefs in coral restoration.
Please join us via zoom https://us06web.zoom.us/j/85050151037 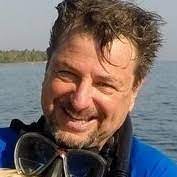