Ricketts Point Marine Sanctuary (RPMS) is located in Port Phillip Bay 20 kilometres (12 miles) south east of the Melbourne CBD. It was created on 16th November 2002 by the Victoria Government. It is 115 hectares in size, stretching 3 kilometres along the coastline between Table Rock Point in Beaumaris and Quiet Corner in Black Rock, and 500 metres out to sea. It is ecologically valued for both its diverse marine life and migrant and resident bird populations.

RPMS is one of three marine sanctuaries now established in Port Phillip Bay. The Bay provides a wave protected area and important nursery for commercial fish species, and many small animals which provide the beginnings of the marine food chain.

As a marine sanctuary, all marine animals, birds, and plant life are protected, and may not be caught or removed from the Sanctuary. The sandstone platforms and reefs are very fragile and home to many sea creatures. Please wear soft shoes and tread carefully if you walk on the platforms and reefs.

The declaration of Ricketts Point as a marine sanctuary was a significant environmental achievement. The battle to win the Sanctuary began as early as 1986. However, it was November 2002, over fifteen years later, after much controversy, that Victorian State Government legislation was finally passed protecting the area.

The underwater interest at Ricketts Point Marine Sanctuary is considerable. Sandstone rock platforms extend from the shore, supporting a great diversity of flora and fauna.  It is characterised by extensive sandstone intertidal platforms, subtidal reef, soft substrate, sand and seagrass habitats. There are secluded caverns and under-rock ledges hosting colourful sponge gardens. Fifty-one species of fish have been identified in the Sanctuary, the most common being southern hulafish, zebra fish, dusky morwongs, moonlighters and Australian sweep. The Sanctuary is also home to smaller and less mobile animals including abalone, winkles, sea urchins, brittle stars, sea stars and crabs. Crucial to this rich marine eco-system are the algae, seaweeds and seagrass meadows which provide a beautiful palette of verdant green, red and brown. The majority of the area is shallow water of less than five metres, providing an easily accessible recreational area for snorkelling and diving.

The traditional aboriginal owners and protectors of the area were the Bunurongs who numbered around 300 when Beaumaris and Black Rock were being developed by white settlers. However by 1877, the tribe had been decimated through dispossession and disease.

In 2003 the Marine Care Ricketts Point group was formed and acts as a conservation watchdog for the Sanctuary. Monitoring biodiversity is one of the important activities of the group. The first convenor of Marine Care Ricketts Inc, Bob Whiteway, was instrumental in the nomination and proclamation of the Sanctuary and he continues his active role in the environmental management of the area. Bob Whiteway, a former science and geography teacher from Sandringham, has treasured the area between Beaumaris and Black Rock for over 40 years. In the 1970s he took his geography students from Beaumaris High School (now Sandringham Secondary College – Beaumaris Campus) snorkelling at Ricketts Point. The history of Bob Whiteway and the fight for the sanctuary was funded and recorded by Parks Victoria and ACMI on the 10th Anniversary and can be viewed on the link HERE. 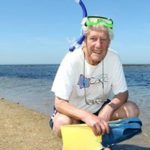 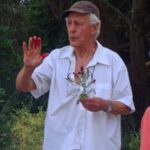 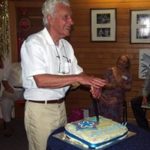 A book entitled “Algae and Marine Invertebrates of Ricketts Point Marine Sanctuary” by Jessica Reeves & John Buckeridge, is available for loan from MCRP.