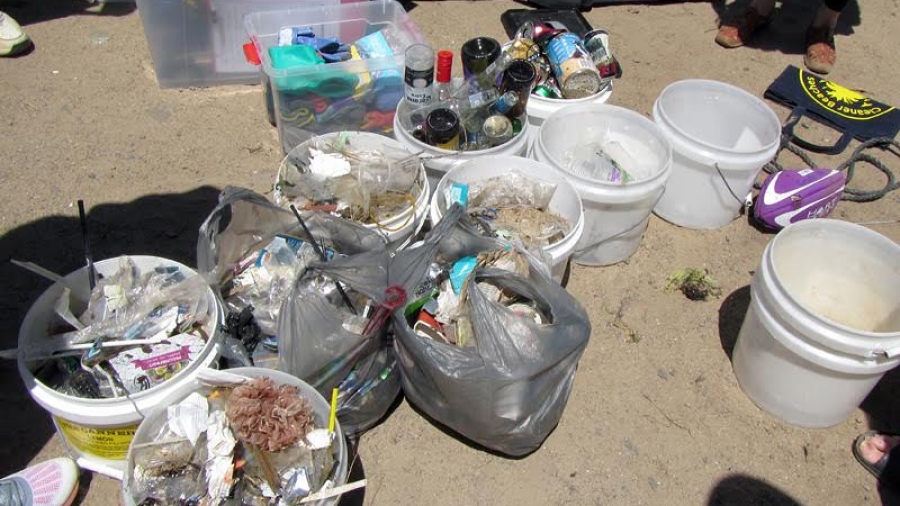 This great initiative was proposed by Elizabeth Jensen president of Marine Care Ricketts Point who said,

“Beach Patrols spend countless hours cleaning rubbish from our beaches. By far the single biggest waste item we collect is plastics.  Over 95% of rubbish on our beaches comes from the rivers and stormwater drains of Port Phillip Bay.  This decision will help save our marine life and keep our beaches safe. Micro-plastics are known to be harmful to marine life. Once plastics enter the waters, they contaminate and accumulate in marine wildlife through ingestion. There is evidence that plastic particles and associated chemicals have already entered the human food chain such as in mussels. When ingested, they may harm human health”.

Dr Vicki Karalis, AM, President, Sandringham Foreshore Association said “Council should be applauded for their leadership in banning single-use plastics associated with Council premises. This will help reduce the amount of plastics we find on beaches. It is a matter of time that other municipalities and neighbouring communities will also follow this great initiative.”

Council’s focus on educating the community about the issue of single-use plastics and its intention to engage with schools and the broader community is a very positive way to move forward.  Many community groups have committed to working with Council to help achieve an outstanding result. We look forward to many other Councils throughout Melbourne following this lead.”  (Greg Mier, President, Beaumaris Conservation Society.)

In a seldom-seen action, all Councillors spoke about how moved they’d been by our stories and data, and how concerned they are to protect future generations.

It was a fantastic night!

This will greatly benefit the health of Ricketts Point Sanctuary and Port Phillip Bay.

We particularly thank Cr Laurie Evans for taking up our cause with other Councillors. As he said, this is community power in action.

Hopefully this movement will snowball to all other Melbourne Councils, especially if local community groups take up the cause in their own area.

Many thanks, also, to those members of MCRP who spoke or turned up to the meeting in support.

There was great community support. Fifteen individuals or organisations wrote to Cr Laurie Evans in favour of the proposal, and 15 people, including those representing major organisations such as Sandringham Foreshore Association, Beaumaris Conservation Society, BCCAG, Bayside U3A, and Beach Patrol Australia (including Love Our Streets) spoke at the meeting.

If you want to do more to promote this movement, you can:

Details of the Decision:
Councillors voted unanimously to

Full details of the resolution are at https://www.bayside.vic.gov.au/sites/default/files/council/19_march_2019_ordinary_meeting_of_council_minutes.pdf  (p16)

Two important articles were published in the Guardian Newspaper  with researchers showing evidence of the extent of plastic pollution.