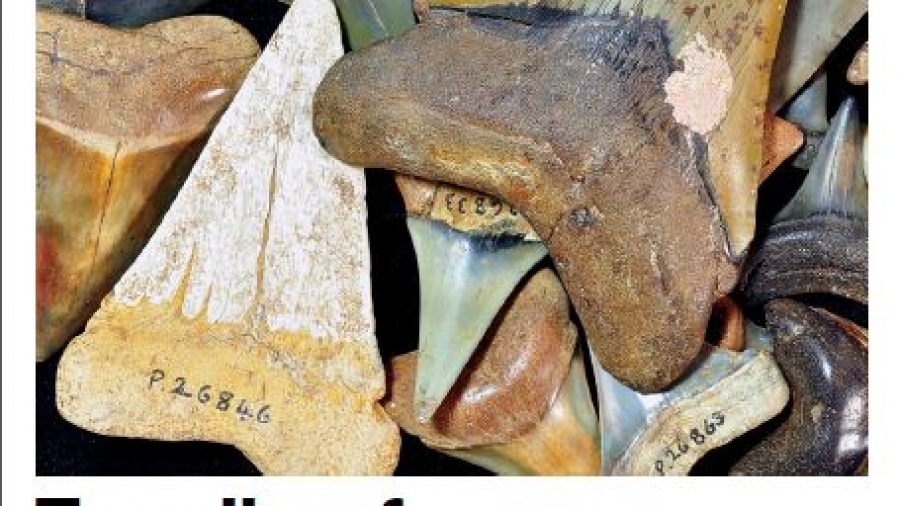 by harsons
with no comment
News
“Many households in a Bayside and across Melbourne, are likely to hold within them a unique momento from a day at the beach. Fossilised sharks teeth echoing ferocious creatures from long ago were often one of the inadvertent prizes discovered by visitors to the Beaumaris coast. Other fossils of creatures long gone have been amongst the finds.
Yet our would be discoverers do not realise the significance of the ancient treasure they hold. These finds are part of a greater fossil history, centred around Keefers in Beaumaris. A site of global importance and recognised internationally, entombed in its sandstone cliffs lie rich forms of living things once found in our ancient seas 2.3 to 23 million years ago. From ancient fish to sharks, seals and even whales, Keefers is a chronicle of evolution in our oceans.
Amazingly, it’s on our doorstep and you can discover more on February 22nd 2015, at the Beaumaris Lifesaving Club at 12pm. Through the eyes of specialists from Victoria Museum, RMIT and former local “explorer” now eminent environmentalist, Professor Tim Flannery, you will see deeply in to our natural history and its place in the wider world.
Bring along your fossil finds and a team of palaeontologists will uncover with you the secrets of their past. We look forward to seeing you and your treasures.
Best regards Hakan”
Click here to view the booklet Fossils of Beaumaris 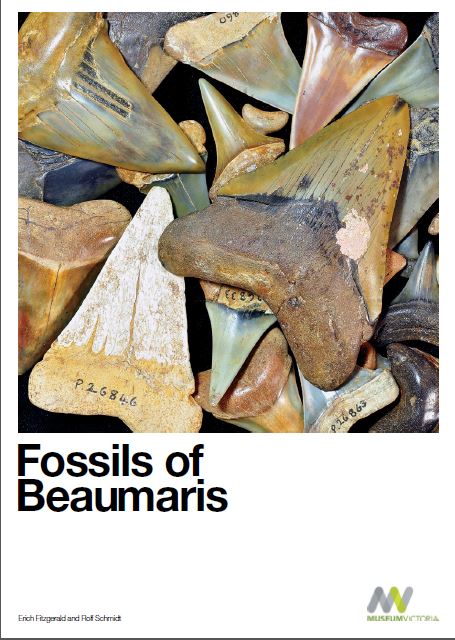 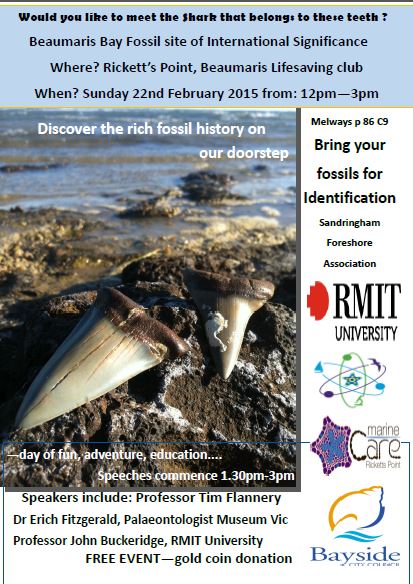